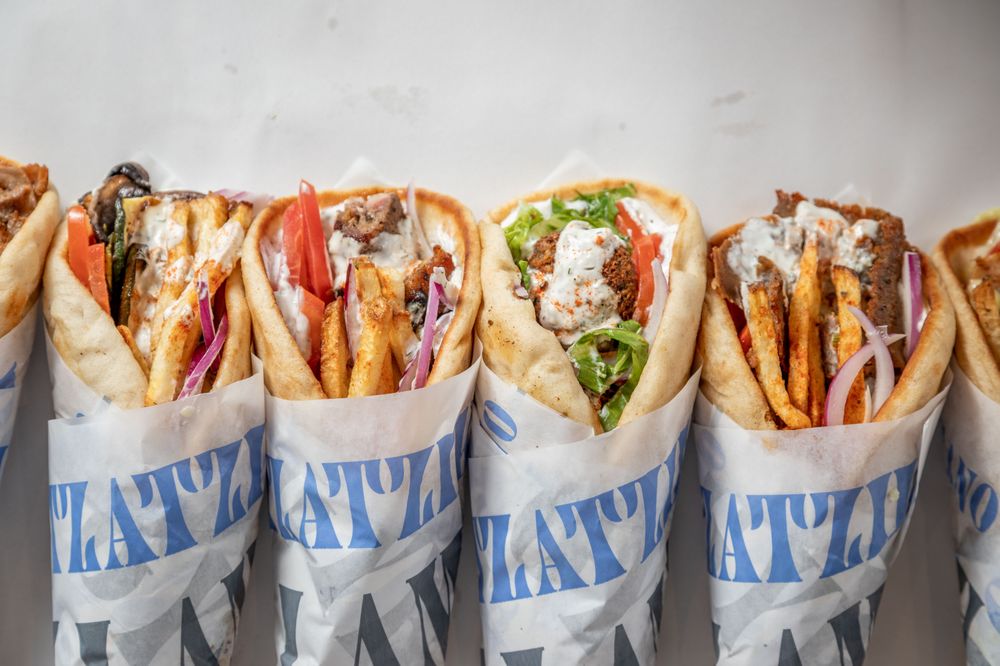 If you assume the fast-casual eatery Nick the Greek is owned by a guy named Nick, you are one-third correct.

As we learned when plunging into some of the kitchen’s succulent, spiced meats and oregano-kissed french fries, there are three Nicks running the business. And each carries the same last name of Tsigaris.

The men are a trio of cousins ​​whose fathers are brothers. They range in age from early 30s to early 40s. Growing up in a Greek family, they fell in love with the street foods of Greece while visiting there on family vacations. But the story of how this rapidly growing chain got off the ground doesn’t begin and end there.

The company was born soon after the youngest Nick had written a paper for his business class while attending San Jose State University. He described a fictitious place at the time called Nick the Greek, where consumers could savor a streamlined menu of Greece’s most popular street foods. I have envisioned the eatery becoming so successful that it turned into a well-branded franchise.

Ironically, he got a bad grade on the paper. So he quit school and set out to actually launch Nick the Greek only five blocks from the college, explained Rob Crider, who serves as the company’s director of franchising.

Crider met the cousins ​​in 2018 through a mutual friend when he was previously working as a shopping-center investment broker. He recalls that by the time young Nick and his cousins ​​obtained franchising approval to grow the business, they were already operating seven or eight locations on their own, mostly in the San Jose area.

Crider has since moved to the Gaslamp Quarter to help oversee San Diego’s only location of Nick the Greek, which opened last summer and sits advantageously a half block from Petco Park at 927 J St.

Yet despite a business plan that didn’t translate well in a college paper, Nick the Greek is currently soaring.

“We just opened our 31st franchise, and there are 51 others in the works,” Crider noted, adding that most of them are stateside, with some also in Phoenix, Las Vegas, Austin, Dallas, and Kansas City.

“Southern California is our next emerging market,” he added while indicating that additional locations within San Diego County will likely materialize in the near future.

The operation is thriving for several reasons that make sense from a business standpoint. For starters, the menu is succinct and easy to read. There are three cones of “stacked meats” sitting lusciously on spits—chicken, beef-lamb, and pork. The latter is a common protein choice throughout Greece, yet it is sometimes difficult to find in Greek kitchens throughout the US

There are also a few meatless options and the meals are presented in wraps, bowls or plates.

Secondly, the company reduces overhead by contracting with vendors from Chicago, where many of the nation’s top-quality producers of Greek foods reside. Although for the meats, the vendors adhere to a proprietary mixture of spices that were determined by the Tsigaris cousins. However, for the Grecian burgers, a secret spice blend is mixed into the ground beef onsite.

As for the french fries, they are cut fresh to order and sprinkled with salt and oregano upon serving. (Think In-N-Out fries, but with much better flavor.) Get them “Nick” style, and you end up with a generous pile of the spuds crowned with your choice of protein, plus feta cheese, green onions, garlic, and spicy yogurt sauce that sensitive palates can easily manage.

Also, consistency of quality is taken seriously. “We have secret shoppers who come in to each store twice a month for quality-control checks,” Crider revealed.

Lastly, the company banks part of its success on the fact that its franchisees “are either friends and family or others who believe in our brand,” Crider said. As a result, the company isn’t dependent on expensive teams of brokers and recruiters.