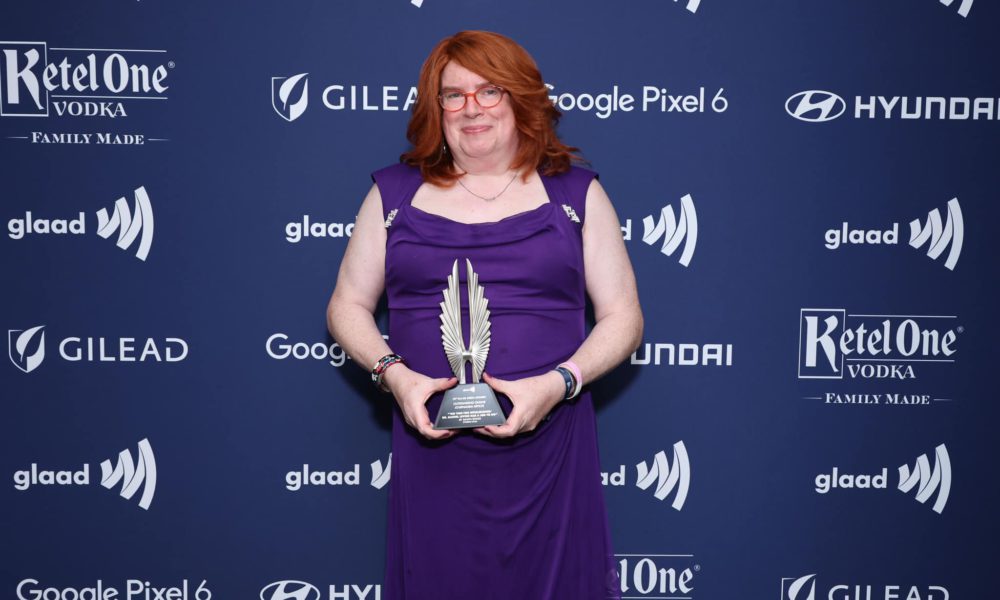 SEATTLE – Paul Castle was only 16-years-old when he learned he would progressively lose his vision until it was gone. Doctors diagnosed him with retinitis pigmentosa, a rare eye disease that causes the retina to break down slowly over time. The condition, which only affects one in 3,000 to 4,000 people globally, has no specific treatment options and no cure – leaving him with nothing he could do.

Castle, who described himself as “eternally optimistic” at 16, took the diagnosis in stride – or at least he thought he did.

“I spent a good four or five years pretending like this was great news,” he told the Blade. “And in some ways, it was a relief to know that I wasn’t just clumsy. There were all these unanswered questions, so to know that it was a disease with a name, that I wasn’t alone and science was indeed looking for a treatment for it was all encouraging.”

But that cheerfulness had a limit. Castle said he has always been a visual person with a passion for art, so the “irony of going blind” took time to set in.

“Since then, I’ve had time to grieve, accept and process that, and come full circle to the point where now, in a strange way, I feel very fortunate,” he said. “To be part of a really cool community, the blind community, is really amazing.”

Now, Castle, 31, is legally blind, left with about 10% of his vision. He gets around Seattle, where he lives, with his guide dog, Mr. Maple, a substantial upgrade over the white cane he used for years prior. “Getting the dog was like a super cool boost of confidence because I love walking around with dogs,” Castle said.

But just because Castle is legally blind, it doesn’t mean he gave up his love for the visual arts. In fact, he is a full-time artist who is about to release his first children’s book, “The Pengrooms” – a story about same-sex marriage and his relationship with his husband.

“Blind is this term that I’m trying to educate people about,” Castle said. “Disabilities are nuanced, and I think most people outside of the blind community assume that blindness means that it’s total darkness – that there is no scale. But the blind community is filled with people that have some usable sight, whether it’s shapes and colors, whether it’s tunnel vision, like my own, or complete blindness.”

Technically, “The Pengrooms” won’t be Castle’s first book, though it will be his first to hit the shelves. His first books by him date back to his childhood by him – before he could even write the stories himself.

As a kid, Castle, who spent most of his childhood in Canada, would sit his babysitter down to transcribe whatever story he conjured up in his head. Then, he poured over a piece of paper, drawing the pictures to accompany his stories of him.

“I would say my first love was storytelling,” Castle said, adding: “I would come up with all these really fantastical stories and the babysitter would essentially sit at the kitchen table and write the whole time.”

At 6-years-old, while most kids were playing outside, Castle was “always” inside drawing pictures. At the time, making his “very own” real book consumed his thoughts about him. So, he took matters into his own hands.

Castle remembers stealing a book – “GI Joe” – from his brother’s shelf, tearing every page from the spine and throwing the remnants in the trash. He then taped a story he wrote called “Sad Turtle” inside. The story is about exactly what it sounds like: A sad turtle. “But don’t worry, [the turtle] makes a lot of friends,” he said.

“It’s one of my most prized possessions,” Castle said. “I swear if this place was on fire, and I could only take one object with me, I would grab that book.”

He grew up exponentially every year after that, quickly becoming consumed by animated Disney films. “When I went to see the movies, rather than come home and talk about the story and the characters, I was getting books on how the movies were made,” Castle, whose dream at the time was to be a Disney animator, said.

Since then, he has come a long way, trading the tape and stolen cover for a proper hard-back, full-color book set to ship next week.

“Follow Pringle and Finn, two penguins with big hearts, as they deliver wedding cakes to their friends in the animal kingdom,” the official summary reads. “Each cake tells a story, and each wedding offers a challenge that Pringle and Finn must face together. The Pengrooms is an enduring tale about love, diversity, and the importance of working as a team.”

In the story, Pringle and Finn represent Castle and his husband, Matthew, and the “beauty” he has found in his marriage.

“We work as a team; we’re collaborators who support each other’s dreams,” Castle said, adding: “To me, our relationship is about teamwork.”

In his book, he echoed that sentiment, dedicating it to Matthew, “…because we make a great team.”

The LGBTQ-themed children’s book comes as Republican politicians across the country attempt to limit teachings and books that deal with queer people.

GOP lawmakers have also targeted LGBTQ-themed literature at the fastest rate seen in recent history. Some Republicans have labeled these books as “pornography” — from Maia Kobabe’s “Gender Queer: A Memoir” to Carmen Maria Machado’s “In the Dream House,” both of which are award-winning memoirs recommended for high school-aged teenagers – intending to remove them from library shelves.

Journalists from the Texas Tribune, ProPublica and NBC News obtained and confirmed a recording of a Jan. 10 meeting, where Jeremy Glenn, the superintendent of the Granbury Independent School District in North Texas, met a group of librarians in a district meeting room — where he explicitly targeted LGBTQ+ books before beginning one of the largest book removals in the country.

“Specifically, what we’re getting at, let’s call it what it is, and I’m cutting to the chase on a lot of this,” Glenn said, according to the report. “It’s the transgender, LGBTQ and the sex — sexuality — in books. That’s what the governor has said that he will prosecute people for, and that’s what we’re pulling out.”

This political climate has, in part, fueled Castle’s creative work. “My interest in storytelling usually comes from a place of advocacy, whether it’s LGBTQ or advocating for the disabled community,” he said.

Castle has already begun working on his next book, which will focus more on disabilities, detailing the process of finding a guide dog, set in a whimsical world with guide unicorns and dragons.

Castle isn’t someone who is defined by their disability – no one is. But that’s not to say he hasn’t had to adapt to keep pushing his creative visions forward. For example, Castle’s eyes no longer pick up a pencil on paper, but he finds the brightness of an iPad is enough to do the trick.

“The beautiful thing is that iPads and tablets became such a popular tool for illustrators to use. In fact, there are very few illustrators who use traditional pen and paper now,” he said.

For the “eternally optimistic” Castle, life’s obstacles have never stopped him from creating and fulfilling his dreams. And he plans to keep it that way.