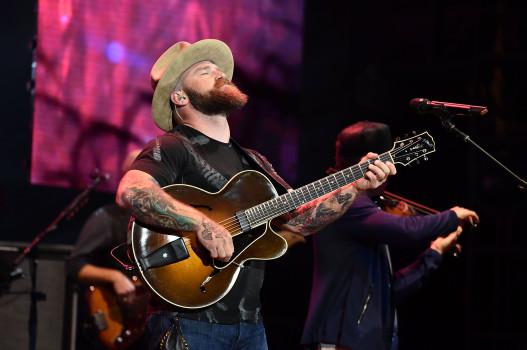 More than two years into the pandemic, the summer concert season has returned to something closer to normal, with more than 50 tours coming to the city’s big concert venues through August and dozens more at smaller venues like Paper Tiger and The Rock Box.

Austin also has two shiny new venues, Moody Amphitheater at Waterloo Park and The Moody Center on the University of Texas campus, which are drawing big-name acts like a magnet – and likely pulling some shows away from San Antonio.

On ExpressNews.com: New venues bringing dozens of concerts to town

From San Antonio to Austin, here are the 12 summer concerts we’re most excited about – and that you can still get tickets for.

Caifanes: One of rock en español’s biggest success stories in the ’90s, the Mexico City band Caifanes sold out stadiums at home and made famous fans abroad like Graham Nash and guitarist Adrian Belew, who appeared on the band’s albums. Caifanes has enjoyed a second life since reuniting a decade ago for a Coachella gig. 8 pm May 20, Aztec Theater, 104 N. St. Mary’s St. $ 59.50- $ 109.50, livenation.com.

Carla Morrison: Mexican singer-songwriter Morrison is touring in support of a new album, “El Renacimiento” (The Rebirth). As the title suggests, it captures a new sound for her inspired by contemporary pop stars like Adele and Ariana Grande. “I just want to go pop. And I do not want to be afraid, ”she told The New York Times. May 21, Tech Port Center + Arena, 3331 General Hudnell Drive. $ 59.50- $ 125, techportcenter.com.

Zac Brown Band: With hits like “Chicken Fried,” “Knee Deep” and “Homegrown,” this easygoing country band from Atlanta is a perennially popular touring act. Part of the excitement of this show, though, is the return of an amphitheater (under a new name) that back in the day brought big names like the Dave Matthews Band, Steely Dan and Rush to town. 7 pm May 22, Real Life Amphitheater, 16765 Lookout Road, Selma. $ 50- $ 294, reallifeamp.com.

It Was 50 Years Ago Today: Tribute acts aren’t usually much to get excited about, but most of the members of this band could headline the Majestic on their own: SA native Christopher Cross, Todd Rundgren, Joey Mollard of Beatles soundalike Badfinger, former Chicago singer Peter Scheff and ex -Wings member Denny Laine. They will be playing songs from the Beatles’ two best albums, “Rubber Soul” and “Revolver.” May 24, Majestic Theater, 224 E. Houston St. $ 49.75- $ 179, majesticempire.com.

Willie Nelson & Family: Nelson just turned 89 and just released a new album. The life he still loves is making music with his friends, even without Sister Bobbie, who died in March, at the piano. May 27, Whitewater Amphitheater, 11860 FM 306, New Braunfels. $ 45- $ 125 (May 28-29 shows sold out), whitewaterrocks.com.

Neko Case: A member of the Canadian indie rock band the New Pornographers, Case also has been releasing solo albums for more than 20 years. albums that have ranged from hard-driving country to bright, brainy pop. Her new album, “Wild Creatures,” collects the best of it. June 2, Paper Tiger, 2410 St. Mary’s St. $ 35, papertigersatx.com.

Float Fest: The tubing and camping components of this festival add nothing to our excitement. But the music lineup, which includes Chance the Rapper, Vampire Weekend and Pusha T, plus Marshmello and Deadmaus for the late-night dancers and Aly & AJ for nostalgic feels, is the hottest of the summer. July 23-24, on a private ranch on the Guadalupe River, 1 County Road 197, Gonzalez. $ 145 single day, $ 221 weekend, floatfest.net.

Boyz II Men: Big, emotional ballads like “End of the Road” and “It’s So Hard to Say Goodbye to Yesterday” made Philadelphia’s Boyz II Men one of the best-selling and acclaimed acts of the ’90s. Starting in 1992, they won Grammys for best R&B performance or album four years in a row. An appearance on ABC’s live production of “Grease” in 2016 and a doo-wop album the following year proved they can still melt hearts. Aug. 12, Tech Port Center + Arena, 3331 General Hudnell Drive. $ 59.50- $ 125, techportcenter.com.

My Chemical Romance: Fans likely will be crying when MCR takes the stage in San Antonio, but they will be happy tears. The don’t-call-them-emo stars, best known for albums such as “The Black Parade” and “Three Cheers for Sweet Revenge,” broke hearts when they broke up in 2013. A single reunion concert in December 2019 in LA grew into a full tour, which was delayed a year or so by the pandemic. Aug. 21, AT&T Center $ 129.50- $ 430, attcenter.com.

The Stadium Tour: This pandemic-delayed package show is a flashback to the hard-rocking ’80s when bands in Spandex ruled. The lineup: Def Leppard, Mötley Crüe, Poison and Joan Jett and the Blackhearts. Aug. 21, Alamodome, 100 Montana St. $ 94.50- $ 184.50, alamodome.com.