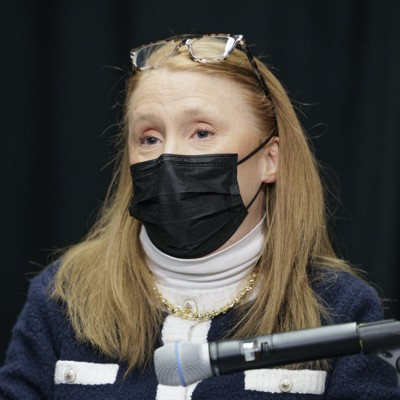 Advocates for people with disabilities said employment and housing issues in the aftermath of the pandemic would be the highest priorities for Kimberly Hill, who has been serving as chief disability officer since she was appointed by Gov. Kathy Hochul in February.

A report by state Comptroller Thomas DiNapoli last year found that unemployment rates for people with disabilities in New York between April 2020 and March 2021 rose more quickly and remained higher during the outbreak than the overall unemployment rate.

“Historically, when there are economic and other types of crises, people with disabilities often are the first to be terminated, last to be rehired,” said Jan Fisher, executive director of Nonprofit Westchester. “Employment inclusion is probably one, if not the first, of the issues that the disability community, across disabilities, is concerned about.”

Todd Vaarwerk – the chief policy director of Western New York Independent Living, a nonprofit that serves the Genesee Region – said transportation to work alone can be especially challenging, since a person with disabilities who lives in a less populated area may have fewer travel options for getting to a job. He said he would like for Hill to explore these types of granular employment issues before looking into the data of which companies hire persons with disabilities.

Emily Papperman, an advocacy specialist at the Finger Lakes Independence Center in Ithaca, said Hill should also focus on helping people with disabilities clear hurdles that prevent them from landing jobs that align with their interests.

“Folks with disabilities should be able to find work that they enjoy,” she said. “(Hill) should really have conversations about what those barriers to employment are, and what folks with disabilities want to do. Instead of going, ‘OK, here’s a bunch of people with disabilities. Let’s just put them in a certain place.’ They should be needed and valued because they have skills. They wouldn’t apply for a job if they didn’t think they can do it.”

Papperman said she has had clients who are unable to focus on getting a job because they also are not in a stable living situation.

Marlene Zarfes, executive director of Westchester Residential Opportunities, which helps clients find affordable and accessible housing, said a lack of inventory and discrimination were among the challenges people with disabilities faced. For example, some housing providers won’t allow pets, even for tenants relying on emotional support animals, provide parking spots close to residential buildings or incorporate structural accommodations such as wider doorways for wheelchairs or lower kitchen counters.

Discrimination also happens to those needing an assisted living situation at residential developments, said Donna Long, co-chair of the Staten Island Disability Development Council’s advocacy committee. Her 44-year-old daughter is on the autism spectrum, and as Long and her husband of her age, they are finding it difficult to look after her. But finding a community residence or even getting one built has been a bigger hurdle than expected, Long said. She recently recalled how advocacy committee members attended a meeting at a local civic association about building such a home. Attendees strongly opposed the idea by wondering aloud who would be on staff, whether there would be parking issues and made excuses for why people with developmental disabilities shouldn’t live in the neighborhood, according to Long.

“For agencies to have to go through that,” she said, “it’s like asking for permission. When we all move into a home, we don’t get that interrogation.”

Most advocates also noted that Hill should prioritize the enforcement of the Americans with Disabilities Act. Vaarwerk, however, warned that the needs of people with disabilities vary from region to region.

“This is not one size fits all,” he said. “The more rural you go, the less services there are. Hill needs a whole state solution: urban, suburban and rural.”

Hochul’s decision to appoint Hill filled the void advocates complained was left after the state Office of the Advocate for the Disabled folded in 2013. Aside from advocacy, that office was charged with implementing laws that prevented discrimination against people with disabilities. Its work was absorbed by the state Commission on Quality of Care and Advocacy for Persons with Disabilities and later the Justice Center for the Protection of People with Special Needs, now known as The Justice Center.

“It is critical to prioritize the needs of the entire disability community, which includes individuals with physical, sensory, mobility, intellectual, developmental and psychiatric disabilities, with a Chief Disability Officer who leads a well-resourced office,” Hochul’s office said in a statement.

Hill told City & State she would deliver on the governor’s charge and work closely with New York’s community of people with disabilities. “I want to convey to everyone that it is the intention of this office to always consult with people with disabilities as we strive towards our goal of making New York a more integrated, inclusive and accessible place to live – and to always embrace the ‘nothing about us without us’ mentality,” she said in an emailed statement.

On housing, she said changes are already being made: “The budget’s comprehensive $25 billion housing plan tackles systemic inequities by creating and preserving 100,000 affordable homes, including 10,000 homes with support services for vulnerable populations.”

Previously, Hill was the principal analyst for the Assembly People with Disabilities Committee. In that role, she worked on the passage of the Most Integrated Setting Coordinating Council, the Nursing Home Transition and Diversion Medicaid Waiver, and the state’s Medicaid Buy-In Program.

She also previously served as director of the Assembly Task Force on People with Disabilities, which focused on people with sensory and physical disabilities. She began her career as a writer for the Assembly Communication and Information Services Department. A resident of Latham in the Capital Region, Hill earned a bachelor’s degree in science while attending what was then known as Utica College.

So far, advocates have welcomed her appointment, but they said they had high expectations.

“This is a new way to recognize for the state at large to disability as an opportunity for people, and I believe Chief Disability Officer Kimberly Hill’s role is to ensure there are employment opportunities for people with disabilities, as well as recognition of the capability of a person with disability to function and be independent,” said Tibisay Guzmán, executive director and CEO of The Arc Westchester, which works with clients with intellectual and developmental disabilities.

Others expressed optimism that with Hill, greater advocacy will come for the state’s community of people with disabilities.

“There was no voice or a coordinated voice for a bunch of years,” Vaarwerk said. “(But) I am excited that this (position) will resolve some of the problems.”