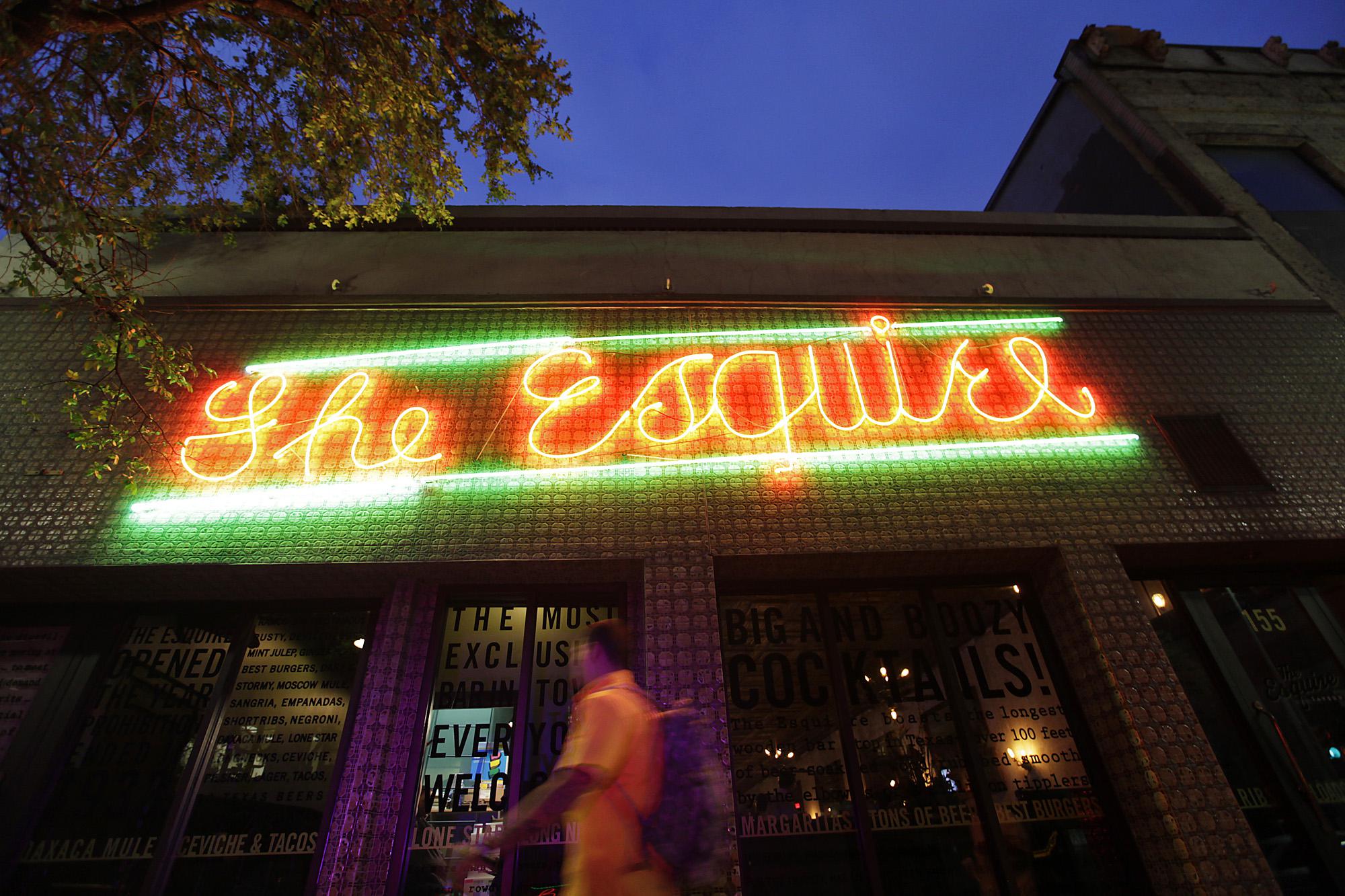 San Antonio has long had an impressive collection of commercial neon signs promoting office buildings, bars, tattoo parlors and other businesses. Unfortunately, many of the most fondly remembered signs have fallen to the wrecking ball and redevelopment.

Here’s a selection of some classic neon signs that still light up the night. Catch them while you can.

Built in 1926, the theater’s Meso-American decor extends to its impressive marquee with its hints of Aztec art. 104 N. St. Mary’s St.

Opened in 1909 just behind the Alamo, the hotel name shines into the night from atop the seven-story structure in massive green neon letters. 320 Bonham

The downtown bar’s scripted neon signage is as much a landmark as its wooden bar, said to be the longest in Texas. 155 E. Commerce St.

Three cool blue neon signs, one with the restaurant’s name, the others reading “Whiskey” and “Steaks” greet patrons to this classic Texas restaurant like a warm hug. 400 E. Josephine St.

As the theater’s name suggests, this massive marquee overlooking Houston street is perhaps the city’s most impressive example of the art of the neon sign. 224 E. Houston St.

Surveying the intersection of Broadway and Austin Highway, the sign once reigned over a Mobil gas station. The station is long gone, and the building below has housed various businesses, but the proud winged horse still flies. 100 Austin Highway

Long a South Side landmark (and now known as Mission Marquee Plaza), the drive-in theater’s original back-of-the-screen signage, which fell into disrepair, was restored and updated in 2013. 3100 Roosevelt Ave.

The original sign has been replaced by a smaller version to denote the recently renovated office building. But its memory still lights up Broadway. 420 Broadway

An East Side institution since it opened as a Black music club in 1948, Tucker’s has been operated by a series of tenants in recent years. With not one but two arrows, the red and white neon sign points the way to a good time. 1338 E. Houston St.

The red neon sign over the entrance to this historic site located on the Museum Reach proudly proclaims its status as the oldest post in Texas. 10 10th St.

The classic neon sign is a welcome sight to tourists and downtown workers in need of a little medicinal care. 300 E. Houston St.


Editor’s note: This story has been updated to correct the name of VFW Post 76.