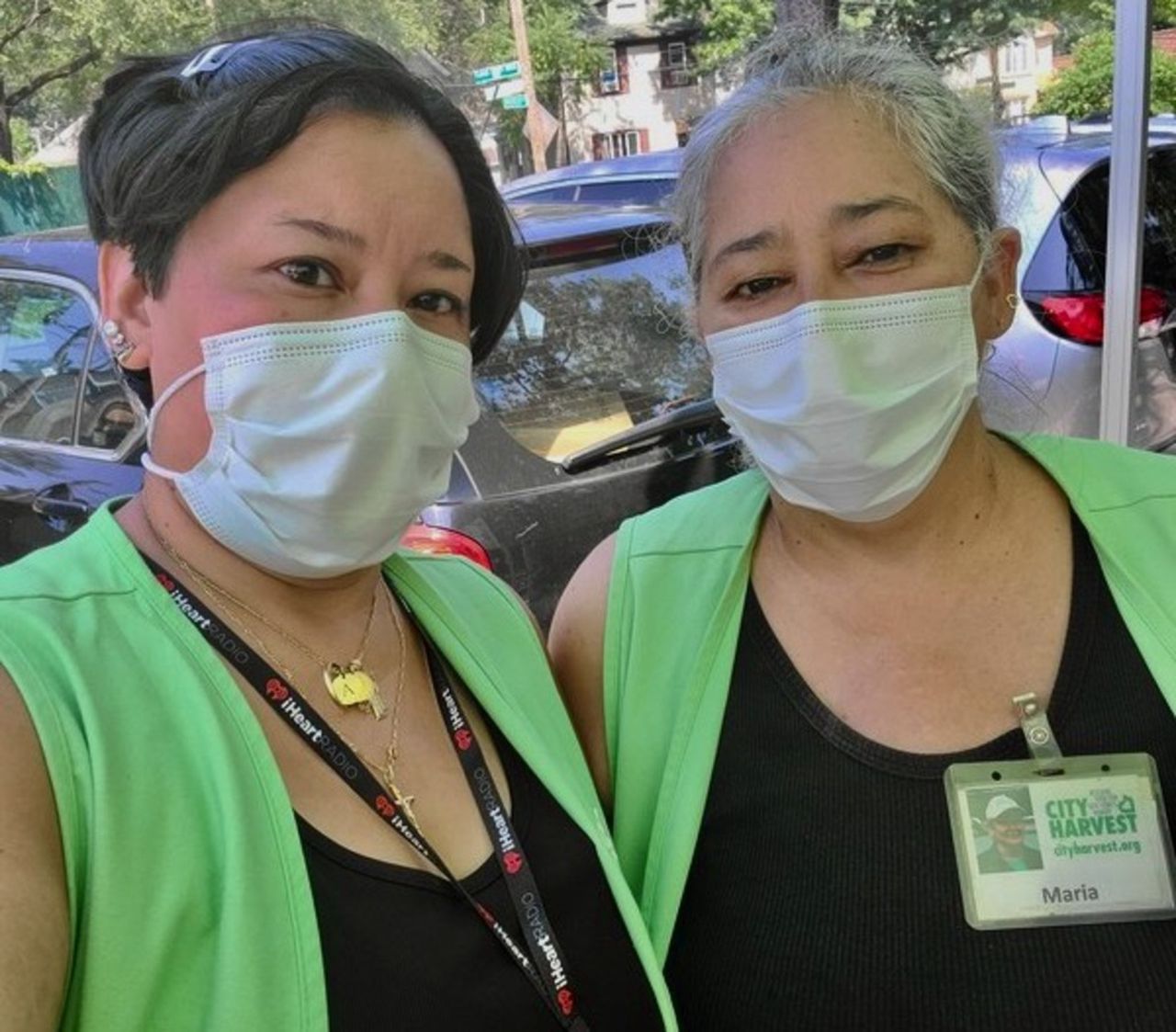 Editor’s Note: Welcome to Inside Out, our weekly roundup of stories about Staten Islanders making waves, being seen, supporting our community and just making our borough a special place to live. Have a story for Inside Out? Email Carol Ann Benanti at benanti@siadvance.com.

STATEN ISLAND, NY — Since the month of April is always the time of the year to recognize volunteers, news of one Staten Island family arrived for going above and beyond to help the less fortunate.

The Bognars offer their time and talents to CityHarvest—the city’s first and largest food rescue organization.

Growing up in Stapleton, Yvette Bognar experienced her fair share of food insecurity and there were moments when her family had to ration groceries. There simply wasn’t enough food, and the family lacked access to a sufficient quantity of affordable, nutritious food.

Both her parents volunteered at the Stapleton Mobile Market, where Yvette considered many of the market volunteers her older siblings, aunts and uncles.

So she realized early on the importance of giving back to the community.

Now a mom herself, Yvette continues to volunteer with her mom, but now also with her three sons and her husband.

Throughout the pandemic, Yvette witnessed the value of the Mobile Market, where community members distribute and receive fresh groceries free, and she made it her mission to ensure that her neighbors would never have to worry about where their next meal would come from.

So she became a volunteer at multiple Mobile Markets in her area.

The Mariner’s Harbor Mobile Market® is held every first Wednesday and third Saturday in the basketball court in front of the Senior Center at 22 Roxbury St. from 9:30 to 11:30 am

Individuals must be a resident of Mariner’s Harbor, Todt Hill, or the West Brighton NYCHA Houses, a resident of the Arlington Terrace Apartments or a resident in the 10302, 10303, 10310 or 10314 zip code areas.

The Stapleton Mobile Market® is held behind 75 Hill Street, in the tennis courts at Stapleton Houses every first Tuesday and third Saturday of the month from 9:30 to 11:30 am

You must be a participant in programs at the Stapleton Houses Senior Center, have a student in Dreyfus Intermediate School, be a resident of the Berry, Cassidy Coles, New Lane, Richmond Terrace, South Beach, or Stapleton NYCHA Houses or reside in the 10301 , 10304, 10305, or 10310 zip code areas.

“We are thrilled to welcome Leigh and her vast experience to our organization,” said Rigaud Noel, executive director of New Settlement. “With a deep understanding of the New York City nonprofit landscape, we’re confident that Leigh will be an extremely valuable member of our team and look forward to our work together to expand upon our initiatives and deepen our impact across the Bronx.”

As director of development and communications, Reid will take the lead on developing and implementing fundraising strategies, including establishing an individual giving program, overseeing special events, and providing corporate, government and foundation support.

“I’m honored to be joining New Settlement, an organization that truly listens to its community members and works to meet the ever changing needs of our communities,” said Reid. I look forward to working with this fantastic team to advance the organization’s impactful work in the Bronx.”

In 2020, Reid spearheaded a panel at Extreme Kids & Crew focused on the experience of being Black and disabled. The program received high acclaim from educators, parents and the disabled community, and has also since become an annual advocacy event for the organization.

Reid earned a bachelor of arts degree in broadcast journalism and international studies from Pennsylvania State University. She is an alumna of the New York Community Trust Fellowship, and also served as a committee volunteer for the New York City Chapter of the Association of Fundraising Professionals.

The St. Pio of Pietrelcina Society at Holy Rosary RC Church will host a 20th Anniversary Celebration of St. Pio’s Canonization and celebrate the 10th year anniversary of the Society on Thursday, June 16 at 6:30 pm at LiGreci’s Staaten in West Brighton.

The actual canonization of Padre Pio occurred on that same date two decades ago in Rome and presided over by then Pope John Paul II, who has since been declared a saint in the Roman Catholic Church.

The price of the four-course celebratory dinner is $75 per person.

Also available will be a gift basket raffle and a 50/50. All proceeds will support the Holy Rosary Food Pantry and Padre Pio’s ministries.

The Richmond County Holy Name Society hosted their annual Communion Breakfast at Our Lady of Pity RC Church where some 220 Staten Islanders from several Holy Name Societies, members of the military, from the Notre Dame Club and the Knights of Columbus were in attendance.

The Society honored the Stephen Siller Tunnel to Towers Foundation of which Frank Siller is president. Siller also served as the guest speaker.

Scholarships were presented to Vincent Mirabella of Moore Catholic High School, to Anthony Gallo of Monsignor Farrell, to Anthony Boone of St. Peter’s and to Nicholas Garofalo of St. Joseph-by-the Sea.

‘THE MOTH’ ON BROADWAY

The lights shined bright at The Walter Kerr Theater last Monday as global storytelling non-for-profit, “The Moth,” made its Broadway debut with a special storytelling show, “Hell-Bent: The Mother on Broadway.”

The organization marked its 25th anniversary as well as the launch of its new book, “How to Tell a Story: The Essential Guide to Memorable Storytelling From the Moth,” which went on sale April 26.

Hadestown Musical Director Liam Robinson, also the show’s time keeper, along with performers Tara Jackson, Jessie Shelton, and Yael “Yaya” Reich, opened the show and actress, Jewelle Blackman, who plays Persephone in the popular musical, dazzles the audience with a performance in the opening of the second act.

Friday is wedding anniversary time for Bonnie and Marty Giovinazzo and for Johanna and George Abbruzzese.