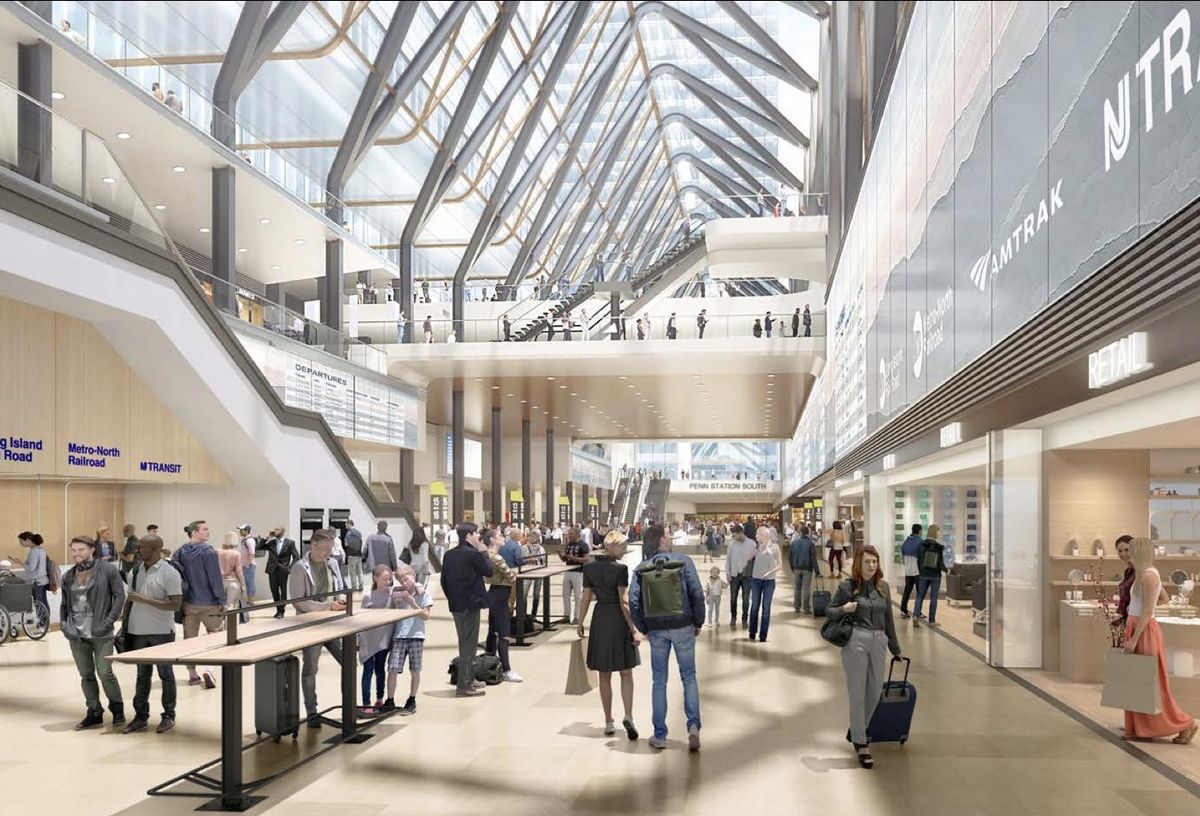 Gov. Kathy Hochul, who has pushed forward the plan since taking over from former Gov. Andrew Cuomo, has faced criticism from state lawmakers asking how the redevelopment will be funded, The New York Times reported. If approved, the state could put billions into the financing of roughly 18M SF of new commercial development that would largely be built by Manhattan-based Vornado Realty Trust.

“Without more data on projected costs and revenues, it is impossible to know whether revenues will meet debt service costs,” the IBO report’s authors wrote. “The plan does not address what should occur if revenues fall short of costs, with no details on how those costs would be covered or by what level of government.”

There is so little detail from New York State about how its plans for Penn Station might be funded that the IBO said it wasn’t feasible to evaluate the project’s financial strategy and its impact on state and city taxpayers. More detail is needed for the redevelopment to go ahead, the IBO has concluded.

Concerns are not new: Earlier this year, a group of 15 state senators, alarmed by the plan’s lack of clarity on who would foot the bill, banded together to press the state government for more details on the project’s funding, Gothamist reported at the time .

The IBO put the full cost of the project at between $30B and $40B, but it said it was unclear from the state’s answers how those costs would be covered or how any debt financing — which would need to be at least $20B — would be structured.

Penn Station’s redevelopment would involve a new concourse inside the station, 8 acres of open space, bicycle parking and benches — and, more controversially, would also see the construction of 10 new mixed-use skyscrapers, which would be exempt from city zoning laws.

Some of the towers would include housing, a fraction of which would be dedicated as affordable, but much of the space is slated for new office and retail. With revenue from the commercial development pitched as the funding mechanism for the infrastructure improvements — and the towers not projected to be delivered until 12 years after Penn Station — the IBO said the project would be destined for revenue shortfalls that would be picked up by taxpayers.

Adding further difficulties for the redevelopment, reliance on office leasing to generate revenue may no longer be a certain route: With the future of the office in doubt, the IBO also had questions about how viable plans for Class-A offices near Penn Station would be . The report also pointed out that if Penn Station’s new office buildings are successful, they could undermine demand for space at Hudson Yards, another development subsidized with taxpayer funds.

“While few would argue about the need for improvements at Penn Station, many key questions remain unanswered under the state’s current proposal, particularly around the construction cost, timing, financing, and risk management of the projects,” the IBO report states. “This information is critical for the plan to be evaluated in terms of both potential risks and benefits to the state and the city—a necessary step before moving ahead with a plan that could impact city and state taxpayers for years to come.”

Vornado, the New York-based REIT that controls much of the real estate around Penn Station, is run by Chairman and CEO Steven Roth, who has contributed tens of thousands to Hochul’s re-election campaign, the Times reported. The parties have denied that the donations have any connection to the development proposal.