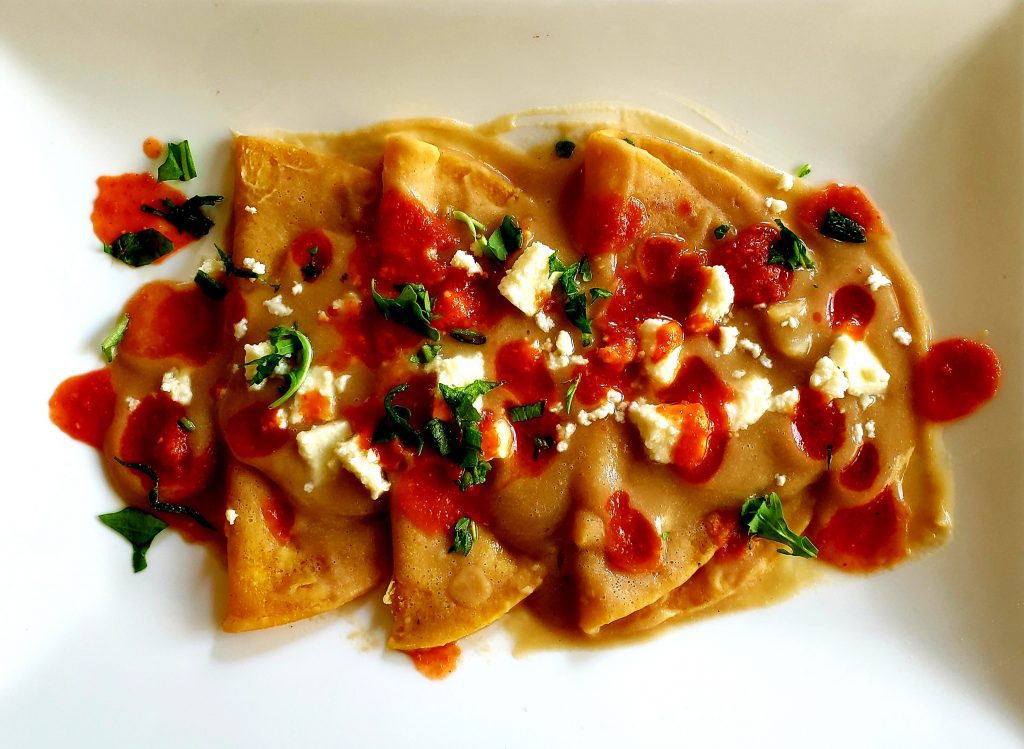 Maybe your family is gathered at your favorite LA restaurant you’ve been going to since you were a child. Perhaps you’re making memories with your mom, finally learning how to make that comforting dish you took for granted. Or maybe everyone is joined together at the dining table, feasting on Dad’s chicken paprikash, which he learned to make from his grandmother of him, who learned from her grandmother of her. Whatever the scene, food — making it, sharing it, eating it — connects us to our culture, to other cultures and to each other.

The founders of LA Plaza Cocina in Downtown LA, the first museum in the US to focus on Mexican cuisine, understand the power and importance of celebrating food and its stories. Opened in February as an expansion of LA Plaza de Cultura y Artes, LA Cocina includes a teaching kitchen dedicated to exploring Mexican and Mexican American cooking, a culinary-centered store with rare ingredients, cookbooks and utensils and a gallery featuring two exhibitions per year that Explore a culinary topic or region.

“As LA Plaza celebrates its 10th anniversary, LA Cocina is an important expansion of our museum campus and of our commitment to celebrating Latina/Latino history, art and culture,” says John Echeveste, CEO of LA Plaza. “Mexican cuisine is the country’s greatest gift to the world, and in this space we celebrate our colorful food traditions in all its ramifications.”

Ximena Martin, director of programs and culinary arts at LA Plaza de Cultura y Artes, and Maite Gomez-Rejón, founder of Artbite, curated the museum’s inaugural exhibition “Maize: Past, Present & Future,” a tribute to the sacred and essential grain . The upcoming exhibition, “Abuelitas’ Cooking: Mexican Food Stories,” reveals the relationship of grandmothers to Mexican cuisine, the city of LA and different states of Mexico through photographs, kitchen artifacts, audio stories and more. The exhibit runs May 13 to Sept. Four.

“La Cocina’s exhibitions and programs will provide an opportunity to be the cultural and culinary center for Mexican gastronomy in the city of Los Angeles,” Martin says. “We will celebrate Mesoamerican ingredients and learn about the fusion of Spanish, indigenous and African influences, thus creating a unique and rich cuisine and legacy.”

Martin loves to cook as much as she loves bringing Mexican culinary arts programming to Angelenos through LA Plaza de Cultura y Artes and LA Cocina. Fortunately for us, she shares one of her favorite recipes from her — enfrijoladas. “A simple and complex dish that resembles an enchilada, but an ingenious way to repurpose beans and tortillas for a real comfort dish,” she says. Although perfect for any time of day, enfrijoladas can be found in many homes in Mexico as a breakfast dish. Try this recipe at home and then visit LA Cocina for more Mexican and Mexican American culinary inspiration.

A pinch of oregano

Salt and pepper to taste

Place the cooked beans and broth in a blender. Add oregano, garlic and onion powder (and optional chiles). Blend until smooth. If it is too thick, add water or broth of choice until you have the consistency of a creamy sauce.

Heat 2 tablespoons of corn oil in a skillet and add the bean puree. Cook at low heat for about 5 minutes and season with salt and pepper. Cover pot and set aside.

Heat the rest of the corn oil in a skillet and quickly fry each tortilla, one at time, on both sides. Dry lightly on a paper towel and place on a warm plate. Cover tortillas with foil or a kitchen towel.