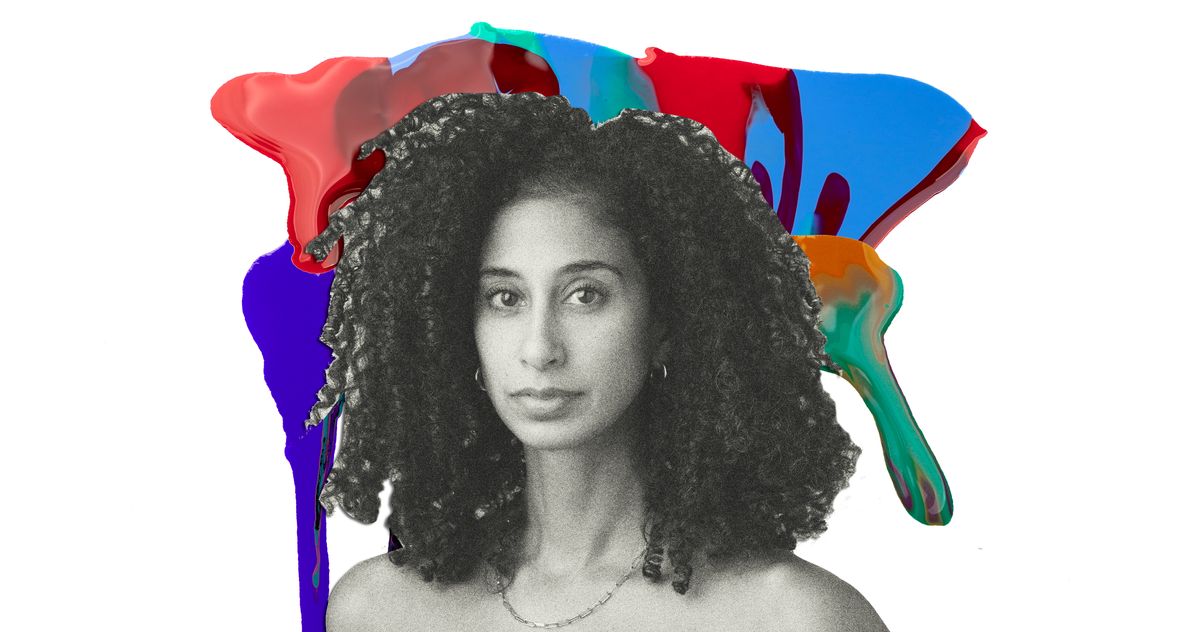 Successful women talk about managing their careers, and their lives.

the first woman of color to lead Juilliard’s dance division as its director and dean, Alicia Graf Mack took on the role in 2018 after a promising, successful career as a dancer. Mack got her professional start under the legendary Arthur Mitchell at Dance Theater of Harlem (which she likes to stepping into“ballet Wakanda”) at just 17 years old. Just as she was hitting her stride at the company and taking on principal roles, she was diagnosed with a type of arthritic disease that required surgeries. She took some time off dancing and went back to school to study history and nonprofit management. Mack found her way back to dance as a leading dancer of Alvin Ailey American Dance Theater. Mack still prioritizes movement in her daily life, which is not too difficult with two young kids who also dance. Here, she talks about becoming a ballerina, creating an inclusive dance environment at Juilliard, and the grace and grit required to live a life in the arts. She lives in South Orange, New Jersey, with her husband and two children. Here’s how she gets it done.

On her morning routine:
I usually wake up at 5:30 and try to get a workout in. My life has been so physical, and movement keeps me going, so it’s important to me to be able to use my body every day. I get on my Peloton and I work out, and even if it’s for a half an hour, I feel pretty successful. I love instructors Hannah Frankson, Robin Arzón, Rebecca Kennedy, Cody Rigsby, and Tunde. My kids are usually up by 6:30. I make their lunches and drink coffee. My sister, who is also a dancer, just started her own coffee company. It’s called Grace + Grit coffee. Grace and grit is often something we’ve talked to each other about as artists — how you need both. I drink her dark roast. Then everybody gets in the car. My husband drops me off at the train, he drops our kids off at school, and we all start our day.

On her path to becoming a ballerina:
I started dancing in the womb, I’m sure. I’ve always been to move. My parents identified that in me as a really young toddler, and I was put into a creative movement class at 2 and half years old and I just continued. By the time I was 11, I knew I wanted to be a ballet dancer, so I enrolled in a school (at that time it was called Ballet Royale Academy) under coach Donna Pidel. She really trained me to prepare to become a professional dancer. I went to a regular public high school during the day, and then I trained from about three o’clock to ten o’clock every day, and then on the weekends. I didn’t realize that there were barriers to becoming a ballet dancer until I became a little older and I started doing more professionally oriented programs. I realized I’m the only black dancer here and I was significantly taller than most. I’m just under six feet tall and in pointe shoes that’s uh… very tall. So as I got older I realized, Whew, this is going to be a lot harder than I thought. Thankfully, I took a class at Dance Theater of Harlem my senior year of high school that started my relationship with Arthur Mitchell, and I was hired to become an apprentice with them. It really was a childhood dream fulfilled for me.

On diversity in the dance world:
When Arthur Mitchell recruited me, it was the first time that I stepped into a room with professional ballet dancers who were all people of color. That was a moment that I will never forget. I like it to stepping into “ballet Wakanda,” if you’ve ever seen Black Panther. It was like stepping into another world. There were Asian dancers and there were Black dancers from all over the world, from the Caribbean, from Africa, from Europe, everywhere. To step into that world and know that my uniqueness was valued and not something that I had to push against helped me to be successful in my early years, because I didn’t have to prove myself because of my color or my height. I just never thought that that would be something that would be wanted in my company life.

On transitioning from the barre to the classroom:
I have an autoimmune disease called ankylosing spondylitis. It’s created a lot of issues with my joints at various times, and I’ve had several surgeries. I left dancing when I was just taking major roles at Dance Theater of Harlem and I was getting great reviews and we were touring. I was about three and a half or four years in, and then I had to stop and I couldn’t recover. So I re-tooled. I went back to school. I had never identified as anything but a dancer. I realized that I had more talents. And I think it gave me so much more to draw upon when I was moving through my career. In my role at Juilliard now, I feel like I kind of had the perfect trajectory to be able to provide for our students because they have lots of different aspirations and I can kind of understand what those roles are from my various experiences.

On a typical workday:
I usually have many meetings with students, faculty, and staff, and because I’m a senior artistic staff, I’m also meeting with various departments, from marketing to the office of the provost and legal. I meet with our president too, to make sure that what we’re doing in the division is aligned with the larger goals and strategic plan of the school. This semester I’m not teaching, but in others I’ve taught ballet and the Horton technique of modern dance. So I’m just running all the time, back and forth through the building. At four o’clock we start rehearsals for whatever performance we’re preparing for, so I usually stop in. On a performance day I get home very late — around ten or 11 — and we start it all again the next day.

On watching her kids fall in love with dance:
Both of my kids are dancing. My son, J, is 7 years old. He takes a tumbling class but he’s a choreographer and he often takes time to create ideas in his head. One day he asked: “Mommy, what’s it called when you have something in your mind and then you try to do it with your body?” And I was like, “It’s called choreography.” He hasn’t quite connected that it’s actually dancing. My daughter takes everything from tumbling to ballet and tap and hip-hop. It’s amazing to see some of your personality quirks or things that you do with your face or what you have in your child. Her feet from her, the shape of her legs from her, her natural flexibility from her, is me down to a T. So that is so strange and awesome. Laila and I just did a Mother’s Day campaign for Michael Kors, and she was amazing. A photoshoot day is long — it was an eight-hour day, and she was so natural. I hope I nurture it well and take the same sort of holistic approach that I would with my students. You don’t want to push. You want to be able to let it grow slowly and from the inside out.

On winding down:
We try to get the kids to bed early so my husband and I can have some time to be normal humans. My favorite thing to do is to come home and put my pajamas on. As a dancer, wearing more business-casual style clothes is like a thing take. It always feels like I’m putting a costume on, because I’m so used to living my life in sweatpants and you know, tights. I always put comfortable clothes on when I get home. A day is not complete without a chocolate-chip cookie. I’ve definitely taken to sparkling rosé (that also helps to calm the day down), and I love watching television. We follow a couple of shows like The Marvelous Mrs. Maisel, This Is Us, and black ish. I’ve been starting to meditate more at night and that really was to combat the constant scrolling on social media. I put the Peloton app on and meditate before I go to sleep too, to turn my brain off.