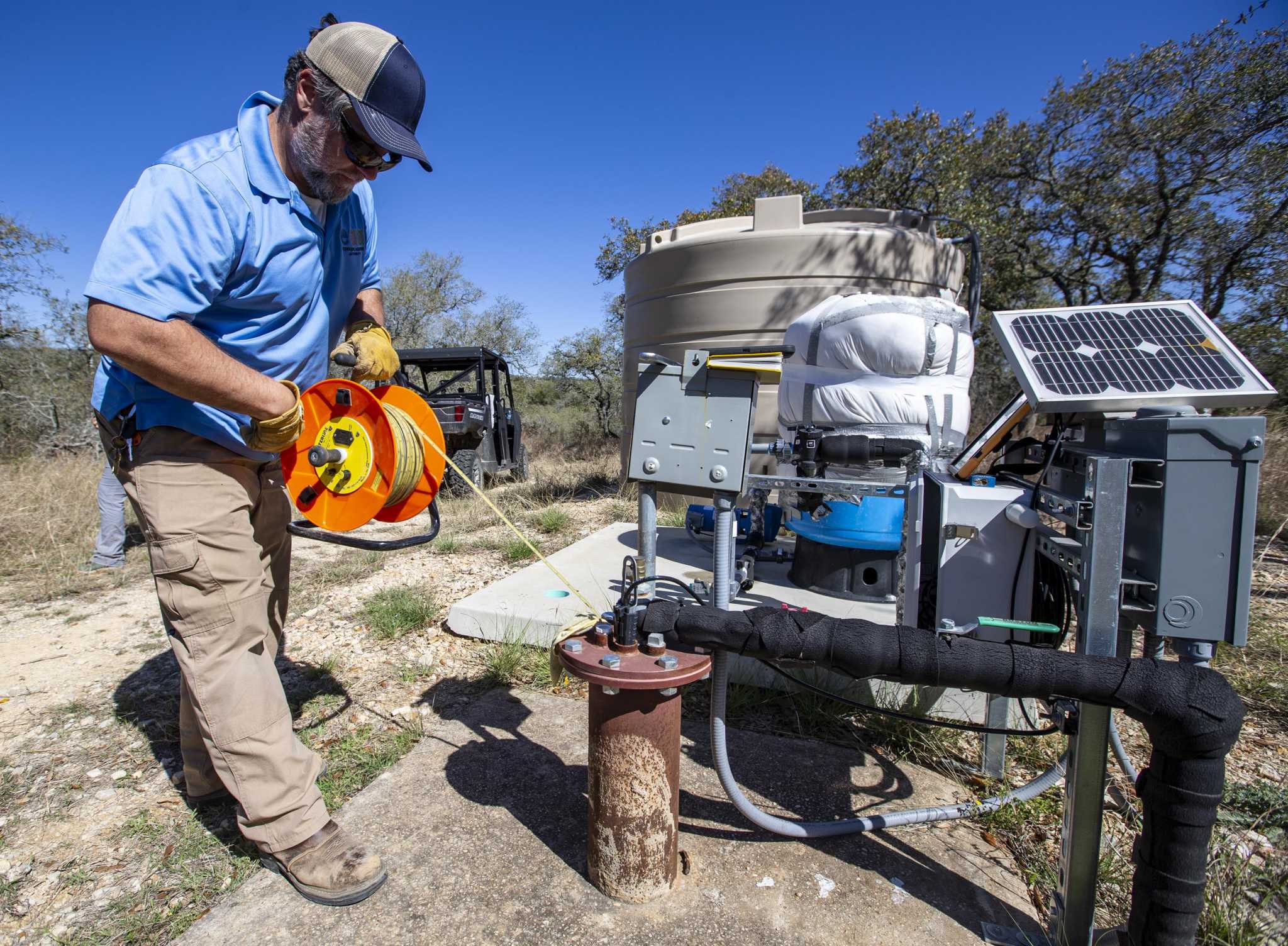 The Edwards Aquifer’s level is the lowest it has been since 2018, and without significant rain, it will continue to drop through the spring and into the summer.

On Tuesday, the Edwards Aquifer Authority marked the aquifer at 646.4 feet, nearly 15 feet below what’s considered a healthy and sustainable level. Since the beginning of the year, the San Antonio region has not received enough rain to keep the aquifer level stable. Although some small storms have filled the underground karst system with recharge, drought conditions have prevented the aquifer from rebounding completely.

“We’ve been fortunate the last few years to have decent rainfall, and it’s not infrequent for it to fall into Stage 1 or Stage 2 for at least part of the summer,” said Paul Bertetti, senior director of aquifer science and modeling at the Edwards Aquifer Authority, referring to the levels of restrictions implemented to conserve water. “But what is a little bit unusual is that we’re in Stage 2 so early in the year, without any anticipated rainfall.”

The last time the Edwards Aquifer was much lower than 646 feet, San Antonio had experienced one of the worst droughts – which spanned 2011 to about 2014 – since the drought of record in the 1950s. Today, meteorological conditions, such as the weather patterns caused by the atmospheric phenomenon La Niña, suggest that this year is likely to be drier than average and that the aquifer could be more stressed.

As a result, Bertetti expects the aquifer’s level to drop further, possibly requiring Stage 3 drought restrictions to be implemented by mid-May. For the Edwards Aquifer Authority, 640 feet triggers Stage 3 restrictions, meaning water authorities, such as the San Antonio Water System, would have to reduce usage by 35 percent, compared to a 30 percent reduction required during Stage 2 restrictions, which the city is under.

Meanwhile, SAWS has other means to possibly avoid having to implement Stage 3 restrictions, such as pulling from its underground aquifer storage and recovery reservoir, said Karen Guz, director of water conservation for SAWS.

The reservoir, which stores billions of gallons of excess water during water times, can be used during times of drought to prevent the water system from imposing harsher watering rules on San Antonio residents. SAWS said it would start pumping from it on Monday.

SAWS has also diversified its water sources, reducing its reliance on the Edwards Aquifer. Other sources include the Carrizo Aquifer, Trinity Aquifer and Canyon Lake.

“Residents should be concerned enough to follow their watering regulations, like watering once a week and such,” Guz said. “But they definitely do not need to worry that they’ll run out of water, like water that they need for their homes or businesses. That’ll be there. ”

On ExpressNews.com: How do scientists measure the Edwards Aquifer?

Watering on designated week days is also better for SAWS ‘infrastructure, since dry and hot conditions lead to more main breaks. Drying soils can contract against underground water pipes, causing issues in areas that normally do not have them.

Overall, it’s hard to predict what the year will look like, Bertetti said. The next couple months are typically when San Antonio gets the most rain. How much rain falls in May and June will determine how far the aquifer falls.

The aquifer can typically recover by midsummer as farmers harvest their crops around the Fourth of July and pump much less water than they do during spring. Still, Bertetti said it’s a long way to July and that Edwards Aquifer users, such as Bexar County residents, should be prepared for continued conservation and watering rules.

“This has happened in San Antonio before when we’ve had unusually dry spring and summer periods,” Guz said. “And we’ve gotten through those times remarkably well.”

Elena Bruess writes for the Express-News through Report for America, a national service program that places journalists in local newsrooms. ReportforAmerica.org. elena.bruess@express-news.net