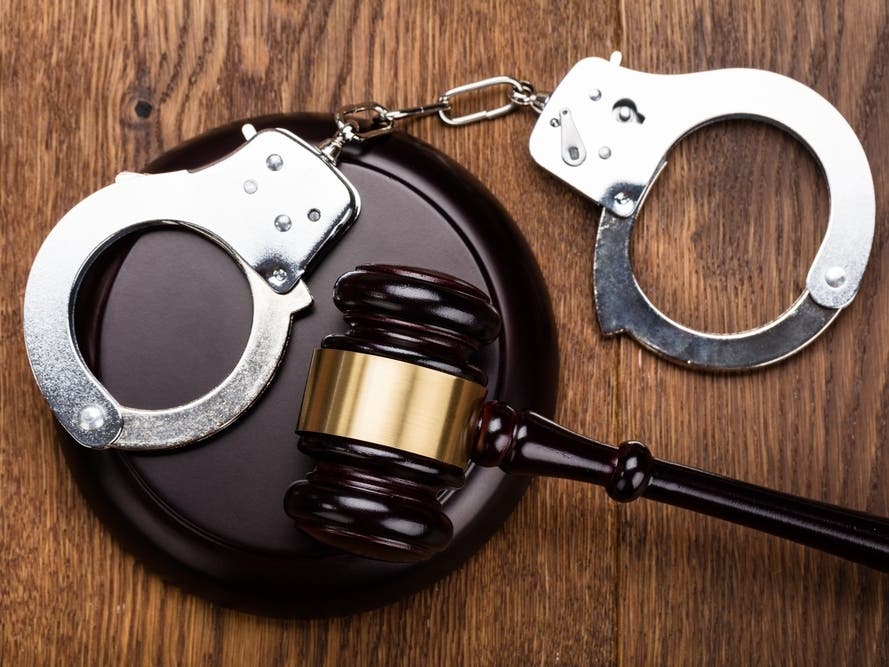 Hannah Tubbs, 26, was charged under her birth name James Edward Tubb and pleaded not guilty Tuesday to the April 21, 2019, murder and second-degree robbery of Michael Clark. Tubbs identified as a man at the time of the killing.

She is currently serving a two-year sentence for the sexual assault of a 10-year-old girl in a Palmdale bathroom in 2014. Gascón’s office charged her as a juvenile in that case, leading to a more lenient sentence in a juvenile facility. When recordings of Tubbs scoffing at her light sentence and calling her victim “meat” emerged, Gascón admitted she should have been tried as an adult.

Her arrest on suspicion of murder is likely to renew calls for Gascón’s ouster.

Kern County officials, however, did not alert the Los Angeles County District Attorney’s office the allegations against Tubb at the time, said Ricardo Santiago, said Public Information Officer for the DA’s office.

The Los Angeles County District Attorney’s Office was “unaware of the murder allegation against Ms. Tubbs until today,” said Santiago. “As a result, we were never given the opportunity to consider this critical information before proceeding with our case in Los Angeles County. The murder in Kern County took place before our case was adjudicated.

The body of the 22-year-old College Place, Washington, man was found in the Kern River in August 2019, according to media reports. Tubbs was being held in lieu of a $1 million bail, and is due back in court May 20 in connection with the murder charge.

In February, Gascón conceded that Tubbs’ sentence in the Los Angeles County sexual assault case “may not” be adequate, and backed away from one of his most criticized directives that had eliminated the option of trying juveniles as adults for serious crimes.

LA County’s top prosecutor said in a statement in February that he became aware after Tubbs’ sentencing about “extremely troubling statements she made about her case, the resolution of it and the young girl that she harmed.”

“While for most people, several years of jail time is adequate, it may not be for Ms. Tubbs,” Gascón said of Tubbs, who was 17 at the time of the 2014 attack in the restroom of a Palmdale restaurant. Tubbs’ case was handled in juvenile court as a result of a directive the district attorney issued the day he was sworn into office.

Gascón noted that the defendant was arrested years after the crime “rather than the usual case, where a child is arrested close in time to their crime” and that Tubbs had “several charges in other counties after the juvenile offense but never received any services, which both her past behavior and that subsequent to her arrest demonstrates she clearly needs.”

“If we knew about her disregard for the harm she caused, we would have handled this case differently. The complex issues and facts of her particular case were unusual and I should have treated them that way. This change in policy will allow us the space to do that moving forward,” the district attorney said in his statement, in which he said his office has “now implemented policies to create a different pathway for outlier cases while simultaneously creating protections to prevent these exceptions from becoming the rule.”

Gascón — who is facing a recall effort by those who feel his reforms favor the interests of criminals over the safety of the public at large — subsequently acknowledged that Tubbs’ case would be handed in adult court if he had the opportunity to do things over again.

He had vowed in his December 2020 directive that the District Attorney’s Office would “immediately END the practice of sending youths to the adult court system.” But he abruptly changed his position on that with a series of memos to office staff, including one in which he noted that “in exceptional circumstances, criminal jurisdiction may be appropriate for youth offenders” and that juveniles may be selectively transferred to the adult court system. in the “most egregious cases that warrant a state prison commitment.”

Supervisor Kathryn Barger called the outcome of Tubbs’ sexual assault case “unsatisfactory,” saying in a Jan. 27 statement that the judge’s hands were “tied … due to the fact that the DA’s office failed to file a motion to transfer Tubbs to adult criminal court, which is where she rightly belongs.”