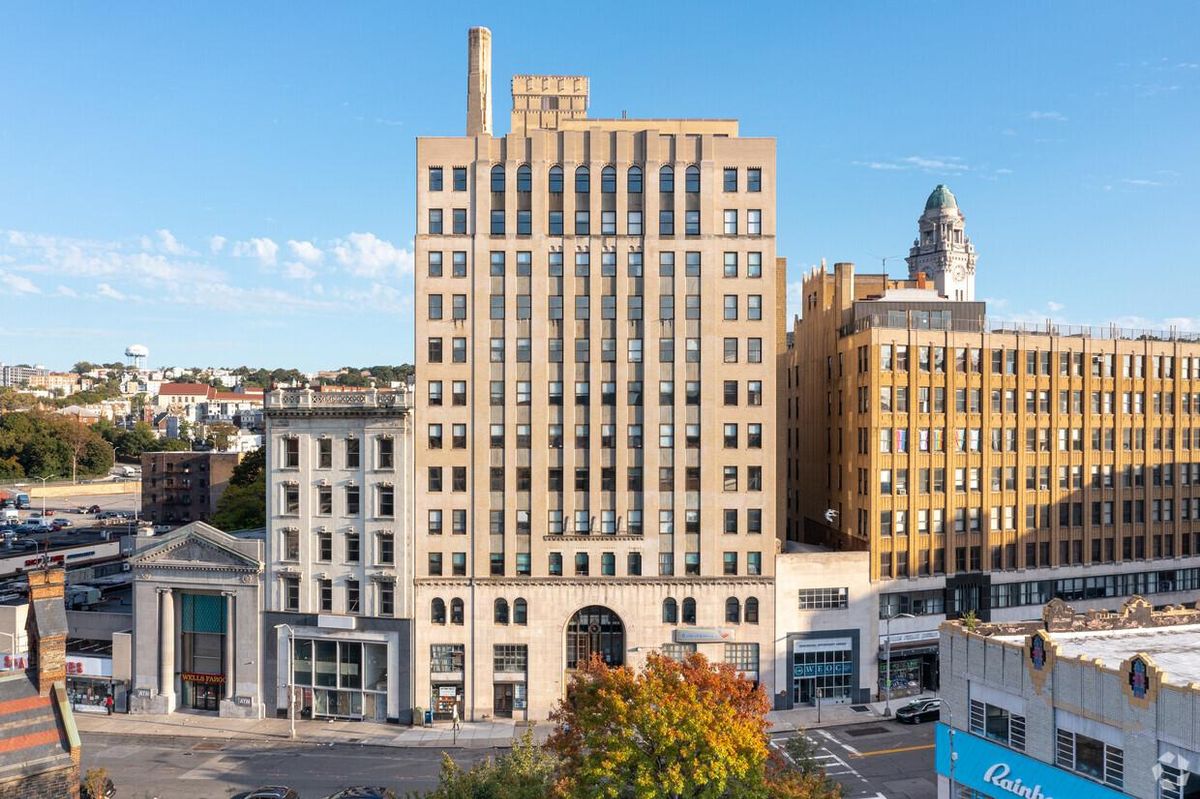 The Bronx’s commercial real estate market had an active week, with properties in the borough on the receiving end of two loans and a large retail lease.

At Home, a big-box, home decor retailer, will open its second New York store with a 135K SF space in the Bronx, The Real Deal reported. The chain will sublease the former Kmart at 2100 Bartow Ave. from Transformco, the company formed in 2019 to acquire the real estate assets of Sears, which owns the Kmart brand. The property is owned by New York-based developer Prestige Properties & Development. At Home opened a store in Rego, Queens, in April 2020, and will join other retailers including Apple at the Bronx property. At Home was represented by JLL’s Erin Grace in the deal, while Transformco had representation from Jerry Welkis of Welco Realty.

Youth development services nonprofit The Door has agreed to lease 18K SF from Chestnut Holdings to consolidate two existing Bronx offices into one space, according to a release provided exclusively to bisnow. The nonprofit will take up three floors in the four-story South Bronx building for 10 years. OPEN Impact Real Estate’s Lindsay Ornstein and Stephen Powers and Transwestern Real Estate Services’ Arthur Skelskie, Alexander Smith and Ginny Durfee represented The Door in the deal.

Rehearsal facility Ripley-Grier Studios has renewed its lease at 520 Eighth Ave., adding an additional 11K SF to its space to bring its total footprint up to 62K SF, according to a release. Ripley-Grier has been in the 26-story office tower in the Fashion District since 1999, with Ripley-Grier’s new lease agreement for the 10th, 16th and 17th floors for 15 years. Landlord GFP Real Estate has representation in-house from Matthew Mandell, while Cushman & Wakefield’s Joseph Harkins provided representation for the tenant.

The New York Academy of Sciences will lease 21K SF from Capital Properties, occupying 115 Broadway, according to a release. Asking rents in the 115-year-old building next to Trinity Church, which was one of NYC’s first Gothic-inspired skyscrapers and has designated landmark status, were $59 per SF, Commercial Observer reported. Mark Weiss and Jonathan Schindler of Cushman & Wakefield represented the tenant in the transaction, and Hani Salama provided in-house representation for Capital Properties.

Korean financial services firm NH Investment & Securities has entered into a contract to buy Williamsburg property The Dime Residences at 275 South Fifth St. for $157.5M, Commercial Observer first reported. Sources close to the deal confirmed the agreement to Bisnow. The sale, which doesn’t include the building’s retail space, was arranged by Adam Spies, Adam Doneger, Marcella Fasulo and Dan O’Brien at Cushman & Wakefield. Tavros Capital Partners and Charney Cos. own the luxury rental and listed it for sale at the beginning of the year, The Real Deal reported.

Local private investor Oak B. Management has acquired 959-961 Second Ave. and 246 East 46th St. in Midtown for $41.5M from nonprofit JT Tai & Co. Foundation, according to a release. The investor plans to carry out renovations in the 105-unit two-building property to bring in new retail tenants. A JLL team of Bob Knakal, Clint Olsen, Jonathan Hageman, Eddie Shuai, Stephen Godnick and Jacob Russell brokered the deal.

The planned affordable senior housing at 1940 Turnbull Ave., in the Bronx’s Soundview neighborhood.

Parkview Financial and Montgomery Street Partners have agreed to loan $207M to a group of investors for the purchase and redevelopment of the Hudson Hotel at West 58th Street and Ninth Avenue, according to a release. The 24-story building is closed, having shuttered during the coronavirus pandemic’s early days in 2020. The nearly century-old property was originally home to the American Women’s Association, a clubhouse and residence for young women, and was converted into a hotel in 1941 Morgan Hotel Group bought the property in 1997, and it was most recently an SBE-operated hotel owned by Cain International. The building’s new owners plan to turn the space into a 438-unit residential building with commercial and office space. Meridian Capital Group’s Morris Betesh and Alex Bailkin brokered the deal.

Northwind Group is providing a $162M construction loan to Deutsche Finance Group and SHVO to replace their previous financing for the development of the Mandarin Oriental-branded condos at 685 Fifth Ave., The Real Deal reported after the news first broke on Traded. The loan replaces the $120M construction loan issued in December 2019 by CIM Group. Sales launched for the 69-unit project in December, with the new loan expected to help cover the remaining work on the property.

Chess Builders scored a $125M loan to finance a Bronx multifamily development, Commercial Observer reports. Valley National Bank led a consortium of lenders on the financing package, including Bethpage Credit Union, Bayonne Community Bank and Bankwell Bank. Chess Builders also secured a leaseback agreement for a 99-year ground lease for the Mott Haven development, which is known as The Arches and located at 224-228 East 135th St. Leah Paskus and Pinchas Vogel of Landstone Capital arranged the financing, while Helen Hwang of Meridian negotiated the ground lease.

Asland Capital Partners and Pembroke Residential Holdings scored a $100M loan to finance an affordable senior housing development in the Bronx’s Soundview neighborhood, according to a release. The 14-story project at 1940 Turnbull Ave., which is expected to deliver in fall 2024, will feature 154 units, 30% of which will be reserved for previously homeless elderly people. Goldman Sachs Asset Management’s Urban Investment Group is investing $67M through a combination of tax-exempt and taxable bonds issued by the New York State Housing Finance Agency. A $58M tax credit equity investment will also form part of the funding, and the HFA will provide another $11M subsidy.