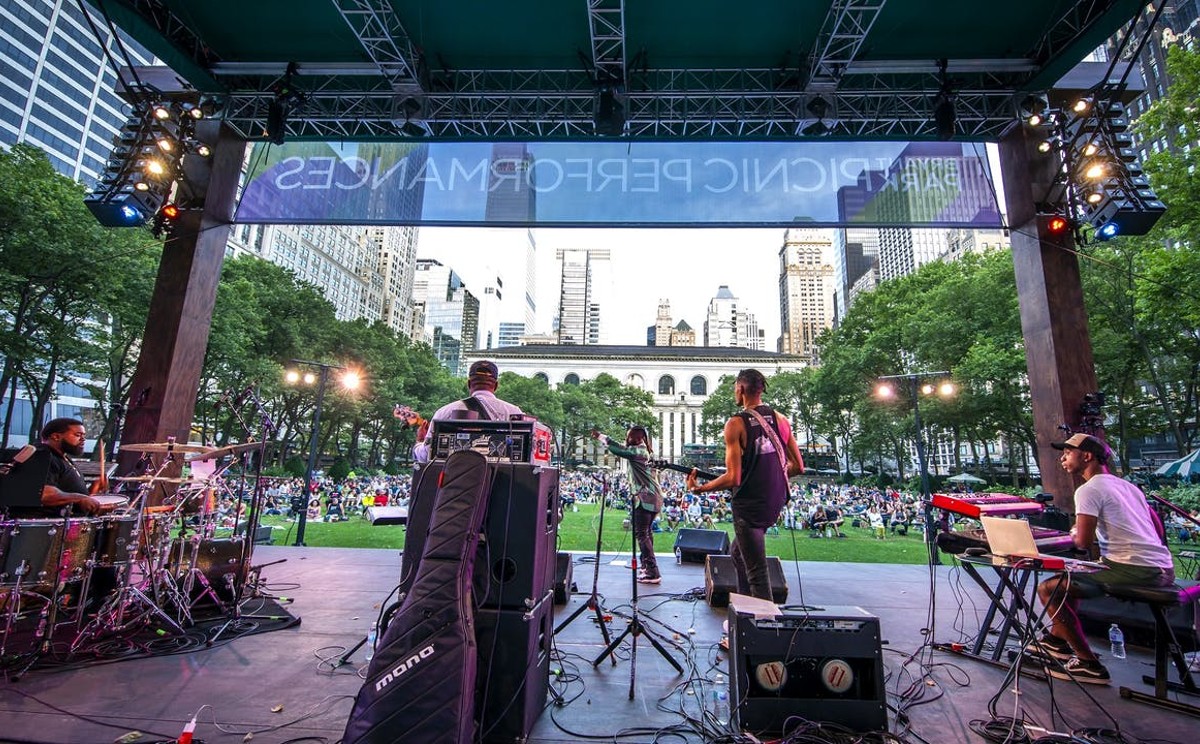 Summer isn’t even here yet, and the lineup of free outdoor concerts in NYC is already epic.

Thanks to all of our fantastic Parks, New Yorkers have plenty of choices for where to spend time outdoors during the warm weather months. And besides enjoying picnics, games or just lounging, you can also hear some incredible music performances in NYC Parks this summer, and all for free.

Many cultural institutions partner with local Parks to bring musical sounds to the public when the weather warms up, and so many have recently been announced that we had to put them all in one, easy-to-read spot so you can start planning out your summer.

Here are all of the free concerts coming to NYC this summer (so far!), outdoors:

Various dates May 27-September 7 beginning at 7 pm, the Lawn

This season three different types of musical events will be offered: Sunset on the Hudson, Jazz at Pier 84, and the Blues BBQ Festival.

Sunset on the Hudson

A free series featuring both established and emerging NYC artists across a broad range of genres. Enjoy this music at 7 p.m. at Pier 45 (West Village) on the following days:

Listen to smooth tunes in partnership with the Jazz Foundation of America. Catch the show at 7 p.m. at Pier 84 (Hell’s Kitchen) on the following dates:

You can find out more specifics on their website here.

Be sure to stick around after each outdoor show for the fireworks that end-cap each performance in a truly spectacular fashion!

Stay tuned for the artist full lineup to be announced shortly.

Of course, we expect spots like Little Island and Madison Square Park to host events again, so this list will be updated as more free concerts in NYC are announced!